Importance of the omega-3/6 ratio in ageing health 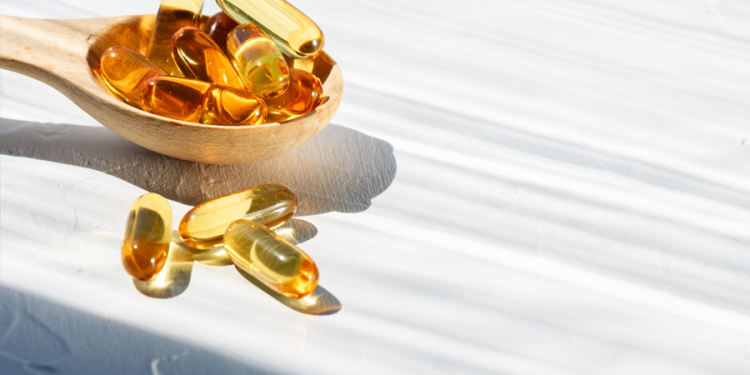 Omega-3 and 6 polyunsaturated fatty acids have significant health benefits in the ageing body. Omega-3’s (including DHA and EPA), in particular, are critical for maintaining the health of the aging brain, cardiovascular, immune and musculo-skeletal systems [1]. A decline in the level of omega-3 means that the ratio of omega-3’s to omega-6’s will go up. The omega-6 fats tend not to change much, because they are more commonly found in the diet in eggs, cereal grains, meat and nuts. Whereas omega-3s are mainly from fish and seafood, and less frequently eaten, especially in Western diets.

Ideally, we should be consuming omega-6 and omega-3 fatty acids at a 1:1 ratio, although eating a  modern Western diet has been reported to increase this ratio to as much as 20-50:1 [2]. At this level, the significant imbalance of omega-3 and omega-6 fatty acids can have serious health consequences.

Note, polyunsaturated fats both omega-3 and 6 are still healthier options to saturated fats, which are found in fatty red meats, meat skins, fried foods, lard, duck fat and butter. These are linked to heart disease and lower life expectancy [3].

How does the body maintain omega-3/6 balance?

One of the most important omega-6 fatty acids is linoleic acid (LA), which can be converted very slowly to EPA (eicosapentaenoic acid) and DHA (docosahexaenoic acid). But there are some issues, the first of which is that its conversion to omega-3’s is a very slow process [4]. The other is that they can also be converted into the pro-inflammatory omega-6 eicosanoids [5] that can be damaging in the long-term (see figure below).

Seafood provides EPA and DHA directly, avoiding this inefficient conversion process. Omega-3 fatty acids can also be sourced from plant omega-3’s such as alpha-linolenic acid (aLA), but this is also very inefficient [4]. Without a good direct supply of enough omega-3’s, the body will maintain enough omega-6’s, but very little omega-3, so the balance tips towards omega-6’s.

Do omega-6’s have any benefits?

Omega-6 in the form of LA do have some beneficial effects good health. Analysis of large population studies has revealed that substitution of 5% of saturated fatty acid intake with LA reduces the risk of blood vessel disease in the heart (coronary heart disease) by 9% [6]. In an analysis of over 800,000 older people with heart disease, higher LA intake was linked with a reduced rate of cardiovascular disease mortality [7]. LA is sequentially converted to different long-chain fatty acids within the body once consumed [8].

Arachidonic acid (AA) also has some beneficial effects on physical performance during exercise including increased muscle strength and recovery after exercise [9, 10], even though it can be involved in inflammation. AA may also improve cognitive function [11], social behaviour [12], and mood [13]. Therefore, by acting through conversion to AA, the omega-6 fatty acid LA can also promote healthy muscle and brain function.

Getting the right balance is critical

Over the passage of time, humans have gone from consuming a near perfect omega-6/omega-3 balance in the early stone age (1:1), to a ratio of 8-10:1 in the 20th century to 20-50:1 in the 21st century [2]. Even though omega-6 fatty acids can be beneficial, overconsumption of omega-6 together with a decrease in omega-3 consumption can have serious health consequences. This concerning trend that as we adopt more modern eating habits, chronic diseases such as cardiovascular disease, obesity, diabetes, neurological disorders, cancers and inflammatory conditions keep increasing [2, 14]. Although the direct relationship between the omega-3/6 balance is not always clear-cut, one underlying factor is the processes of inflammation and oxidative stress [14]

The Lyon Heart Study examined the effects of an omega-3 rich diet [15] with a final omega-6/omega-3 ratio of 4:1 [14]. After an average follow-up of 27 months, cardiovascular-related mortality was reduced by 80% as well as a 70% reduction in non-fatal heart problems with the omega-3 diet, compared to the control diet [15].

Another study found that reducing the omega-6/omega-3 ratio significantly reduced the production of inflammatory markers in the bloodstream in a small group of older people with high cholesterol [16]. A similar finding was reported over a shorter time frame, where a lower omega-6/omega-3 ratio was associated with less inflammation after a high fat meal [17].

This reduction in inflammation with improved omega-3/6 balance works by reducing damage, clots and blockages within blood vessels, and is relevant to diabetes and heart problems. Even simply increasing omega-3’s improves blood flow in larger and smaller blood vessels, and reduce blood pressure, in older adults [18].

Omega-6 and omega-3 fatty acids are required to maintain optimal health, however, the balance between them is very important. The modern Western diet favours a diet high in omega-6 and low in omega-3. A higher ratio can lead to a state of inflammation and oxidative stress that can induce or accelerate the development of several chronic diseases. Like anything in nature, balance is key and maintaining an omega-6/omaga-3 consumption of 5:1 appears to be ideal for healthy ageing. 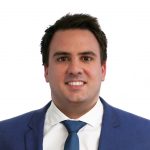 Mark Waddingham is an experienced research scientist who is working on understanding the mechanisms that drive the evolution of heart failure. After completion of his PhD at the University of Melbourne in 2016, Mark has held international research positions in Europe and Japan. Throughout his research career, Mark has attracted competitive research funding (totaling ~$150,000) and has authored multiple peer-reviewed publications in international journals. Mark continues his work as an active researcher as well as making contributions to Max Biocare Group’s product development activities and educational activities.

Immunity and Cancer: what’s the link?