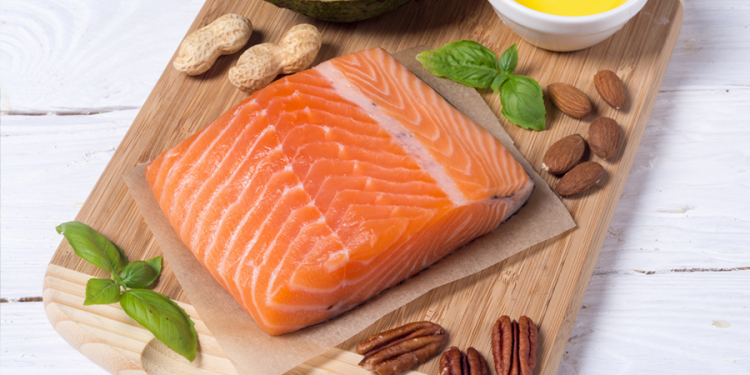 The brain is a complicated network of connected cells and tissues that works a lot like a computer. It enables us to store memory, process complicated information, communicate and perform complex tasks. Many of these happen automatically, without us even thinking about it.

Our brain is like a car that we never sell. We get it when we are born and it by early childhood, the number of cells (neurons) stop multiplying. So it just gets older, and we have to look after it. Like an aging car, problems start to occur in the brain due to the damage and loss of function of these cells.

The brain actually shrinks as we get older [1] and this leads to natural declines such as loss of memory, emotional instability, loss of coordination and balance, while more serious problems like Alzheimers or Parkinson’s disease make these issues more severe.

What do omega-3 acids do in the brain?

Our brains use omega-3s, such as DHA and EPA, to build and repair nerve cells and their delicate connections called dendrites. They also contribute to making a protective coating on the cells, call the myelin sheath, which is a little like insulation on electrical cables, helping maintain fast signaling.

As we age, our brains lose omega 3 fats. Research has shown that lower omega-3 status may be related to these losses, and that increasing the amount of dietary DHA and EPA that we consume can prevent loss of size and structural changes in areas where memory is stored [2]

There are some interesting studies showing that omega-3’s support healthy brain function in aging adults. In one study involving healthy elderly people, omega-3 intake was positively linked to the improvements in the structure of a part of the brain called the fornix [3]. This area controls some aspects of memory and is damaged in diseases such Alzheimer’s disease.

Another study by the same researchers also found a positive relationship between omega-3 intake and the activity of brain networks related to general intelligence and executive function. Both these parameters were then also predictive of the adults’ cognitive test performance [4].

These findings suggest omega-3’s may help to strengthen underlying brain circuitry that is vulnerable to age-related damage.

What other brain benefits are there?

We know about the cardiovascular benefits of omega-3 fats, from their ability to promote healthy blood pressure and circulation. An American study of post-war Veterans found that intake of omega-3 fatty acids led a consistent reduction in the risk of ischemic stroke [5], a dangerous problem that occurs when blood vessels in the brain become blocked.

This was actually measured in another study that used a special scanning method to look at brain blood flow in real time [6]. Omega-3 DHA and EPA status was found to correlate with how well blood flowed around regions of the brain related to memory, and with responses to cognitive testing.

This all boils down to improvements in brain function. In a review of 14 studies in healthy elderly people with regular intake of omega-3’s, a total of 10 studies reported improvements in working memory, executive skills, spoken memory, short-term memory and recognition speed [7].